Why do we love the color red? Is it because it is the most controversial color in the spectrum? Or that it impacts us emotionally more than any other color? 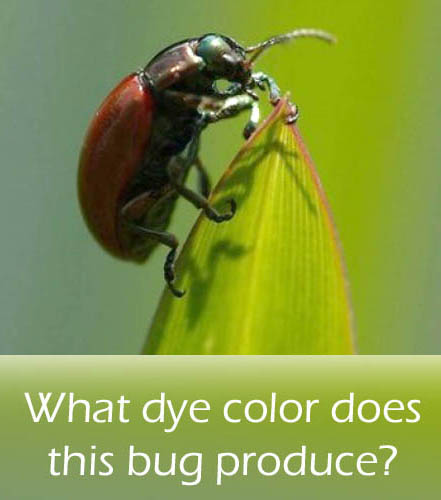 Then another question pops into my head: How did red become the color of love?

Of course, there are some people who do not like red. In fact, you won’t find a stitch of it in their closet or as a color in their home decorating. Many painters do not like to paint with red either. Some folks are afraid of the color because of its visual and emotional strength.

As a painter, I happen to love the color red. It is dramatic, warm and eye catching. I even painted a wall in our living room red! In addition, the range of red hues in every medium is large, which I adore. This is a small example of various red hues.

Before we dive further into why many love the color red, let’s visit some of its history.

A Brief History of the Color Red:

Back in the New Stone Age (approximately 8000 – 6000 BC), the hunting cultures considered the color red to be the most important color because it conveyed life-giving powers. The latter is no doubt related to blood being the color of red. Cave painters believed that red had magical powers and  frequently used red ochre or iron oxide to promote fertility and good luck via their drawings and paintings.

In Greek mythology, the red rose is dedicated to Aphrodite, the Greek goddess of love. (Is she the genesis of red symbolizing love?) Simultaneously, red was associated with the Greek gods of war, Phoebus and Ares. In the Middle Ages, the color red was worn or painted on decorations/weapons/clothing to ward off evil and to inspire physical strength. For centuries the Roman Catholic church has used red for various reasons and today, it remains the salient color of their brand. I discuss the role red plays in holiday colors in my recent post, “Why Are Red & Green Christmas Colors?”

In the 17th-Century European cultures, red was considered the “power color.” (I wonder if that still does not ring true today. Your thoughts?) In that time period, only the wealthy were able to wear and use red because obtaining the dye was very expensive. The red dye was only available from the cochineal bug of Mexico and South America. These bugs were harvested off of cactus plants and then dried to be made into a dye. In some cultures, ordinary citizens were forbidden to wear red.

It was not until the 1800’s, that red became accessible to everyone because synthetic dyes became available. Today, cochineal bugs often make the red in the artists paints particularly those related to the carmine hue, as well as in the natural red dyes in our food and cosmetics.

Along with its many positive meanings, red conjures up its share of negative connotations.

Along with often being a naughty color, red is used to inspire revolutions and war. Movies that contain violence always incorporate red. It is the color of aggression, blood and death. It meanings are wide and can be controversial.

Here are Some Fun Facts About the Color Red:

I found these facts listed in the article The Meanings of Colors:

While writing this post, I decided to look into the number of adjectives available to describe the color red. Fascinating. Here is a list of words that convey various hues of red:

Can you add a couple more? (If anyone is counting, there are 40 listed here. LOL!) I doubt there is another color that has this many words associated with it as the color red. Can you think of one?

There is much more to explore and discover about the color red. For example it might be interesting to learn about the role red plays  in the field of feng shui, and in the cultures of Japan, China and Russia. By the way, in Russian, the word “red’ means beautiful.

Its rich history and controversies contribute to the mystery surrounding the color and our love and hate relationship with it. No other color conveys a paradox like the color red. It can symbolize life and death, love and evil, warmth and destruction, happiness and anger, etc. This yin and yang is one of the reasons why I love the red and I often paint with it as in “Tango From the Inside Out.”  By the way, it is the most visible color in our environment, second only to yellow.

How do you feel about the color red? Do you love it or would you prefer to pass? It is fair to say that not all of us love red. However, could you imagine a world without this lovely color?

I will end with an example of how I use red in a painting. Below in “Lunar Glow,” you can see how I combined reds with purples, which I enjoy doing. 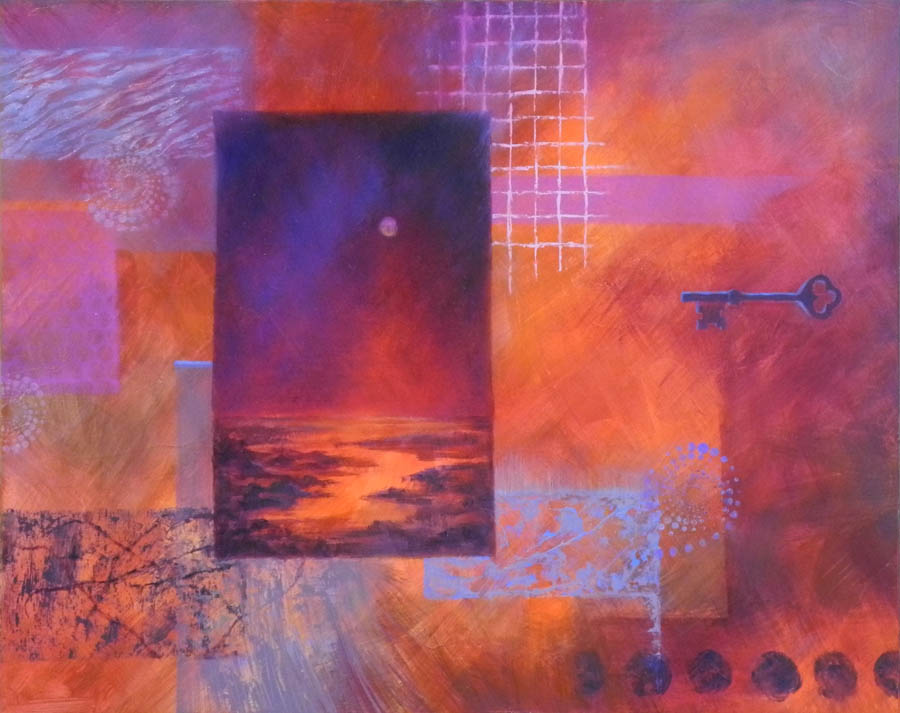 When painting moonlight, I use reds as my base color because it gives the moonlight depth. This process is shown and described in my post “How Do You Paint Moonlight?”  Isn’t it surprising that red adds depth to moon light? It was to me.

In the spirit of Valentines, I send you many warm energy waves of creativity. I haven’t found the answer to “How did red become the color of love?” If you have an idea, please share it below.

PS I truly enjoy writing these posts. If you like this post and find it helpful, I’d love it if you’d pass it on via email or social media. You can use the buttons at the bottom of this post to share it.